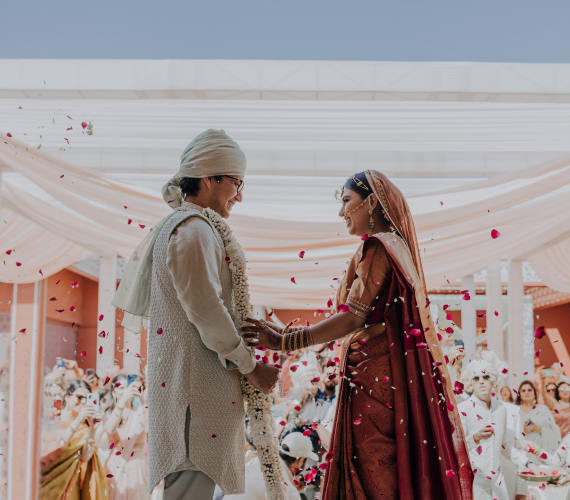 The story behind this wedding is an inspiring and special one. It all started with the family's wish to have a women-led wedding that was a blend of traditional and modern traditions centered around equality. Rhea and Vikram got married at ITC Rajputana, Jaipur and it captured a new fresh take on Indian culture and weddings. After identifying the roles that women would play in the wedding, we decided to have a woman priest solemnize the wedding rituals. After a lot of research, Dr. Manisha Shete from Jnana Prabodhini, Pune was chosen because she believes in the same set of values as the couple and their family. It's a norm to have male priests, so having Manisha Ji was definitely a refreshing change. Manisha Ji changed the age-old tradition of the girl's father doing the kanyadan by explaining that the bride is not an entity to be given away. Traditionally, women only have to take specific vows, but in this wedding, they both took the vows. The wedding also only had four pheras and no vidaai. It was truly special to see how Manisha Ji used her knowledge to effortlessly break stereotypical practices and how she educated everyone on the most necessary essence of the wedding – togetherness, and love.

The family wanted the wedding to be led by women to celebrate equality in every aspect. Every member of the family is a woman. The mother of the bride, a renowned lawyer, still carrying her maiden name was very keen to promote women in every sphere of this wedding. She does a lot of work to promote women in every field in her everyday life. It is her continuous endeavor to help women find a respectable place in society. Considering the typical nature of the wedding industry, certain factors definitely pose a barrier to women being a part of this industry. This had made her decision of having a team of women for the wedding even stronger. She along with the family wanted to set an example by breaking the age-old beliefs of certain mindsets. While suggesting, a female DJ, and a female photographer amongst others, we suggested a female priest solemnize the wedding who also had similar values to the family. We felt this would be the aptest way to achieve the vision that the family had for this wedding.

After suggesting all the areas where we could have women in the key roles, finding a female priest was the hardest. On researching and finding out more, we discovered that society feels the women would have lesser knowledge of the Shlokas and might not be able to perform the rituals. Considering the late working hours, overpowering parents of the bride/groom, or even the ability to be vocal enough in front of a crowd, are all barriers that point to why there are only a few female priests in our country. We found a very evident glass ceiling pertaining to a certain old-fashioned mindset not only in the minds of families but also in the minds of women too. Some did not even consider this a career, since they felt it has always been the men of the family who would choose this path. Understanding the real scenario, suggesting a female priest was the best way to do our part to shatter the glass ceiling and break down stereotypes.

After interviewing a lot of female priests, we found Manisha Ji from Jnana Prabodhini - an educational body in Pune that works towards social change. Jnana Prabodhini literally translating to “awakener of knowledge” was started with an initiative for motivating intelligence towards social change. After speaking to Manisha Ji and knowing her personal journey with this institute, we knew she had the right values that we were looking for and that she would be the perfect fit. The institute promotes education and truly believes in Stree Shakti Prabodhan (Mobilisation of Women Power). The institute conducts priesthood training programs – training women to become high-rank priests among many other initiatives. They believe it's important for women to be aware of their self-worth and their involvement in society. Manisha Ji, who is a PhD. in Indian Cultural studies mirrors the values and ethics that the institute cultivates. This made our faith in Manisha Ji even stronger!

After speaking with the family, she ensured that all the vows were equal for the bride and the groom. And on the wedding day, she ensured every guest understood the meaning behind the change she wants to bring about in today's society. The day witnessed a marriage of equal but different people. Their recitations were in Hindi, English, and Sanskrit and the manner in which they conducted the wedding ceremonies - 4 pheras and saptapati (7 steps) by the bride and groom, with no involvement of parents was something that grabbed the attention of the guests and sent a huge message that many had not experienced before.

"We hired Designer Events to manage the entire wedding for us from beginning to end. We were so excited about doing things that we believed in and did not want to hang on to meaningless age-old traditions. We wanted to carry out the rituals in a manner that reflected our modern thinking rooted in the traditional values that we truly believe in." - Rhea & Vikram

We loved Kaveri and Akshay's idea of having a lady priest for our daughter’s wedding. Kaveri and Akshay’s beliefs aligned so perfectly with ours and their knowledge in the field of vedas, which many believe can be best performed by male pandits, resonated with us. We, along with Kaveri spoke to Manisha Ji and were impressed by her clarity and knowledge of the wedding rituals. The wedding was a dream and it wouldn't have been possible without Akshay and Kaveri. Once we found Manisha Ji, the rest was history. Kaveri and Akshay took over and executed everything perfectly and simply at the wedding. Our entire family was very impressed with the hassle-free and beautifully done preparation, and we didn't have to lift a finger for anything at the wedding ceremonies. If we turned around and needed something, we would always find Kavri and her team there for us. Whether it be the parents of the bride and groom, the priest, the guests, or looking after the smallest things for Rhea and Vikram - be it the gathbandhan, the saptpadi rituals, the pheras, the veil falling down of Rhea, everything was taken care of and we had the best experience! 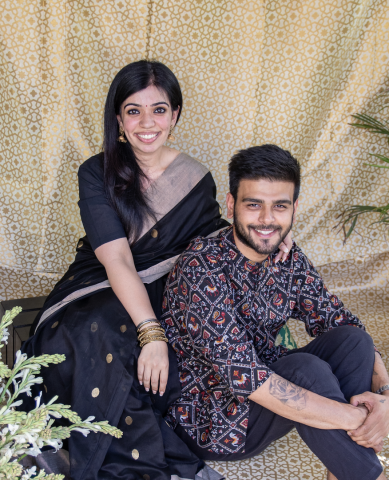 Kaveri Vij and Akshay Chopra are the dreamers behind Designer Events Inc. A Boutique Luxury Wedding Planning and Designing Studio based in Delhi, India. Kaveri and Akshay envisioned starting a boutique wedding planning company in a world of big Indian weddings in India in 2014. They have mastered the art of intimate wedding planning by adding the magic of details to every wedding they touch. 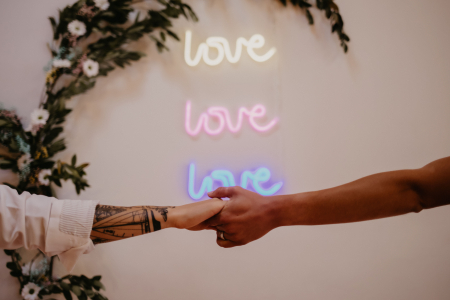 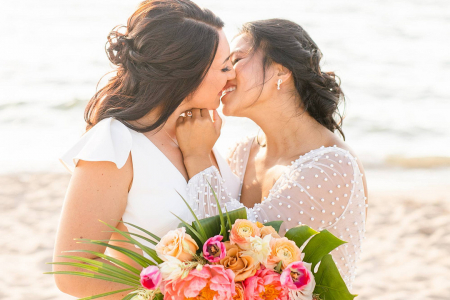 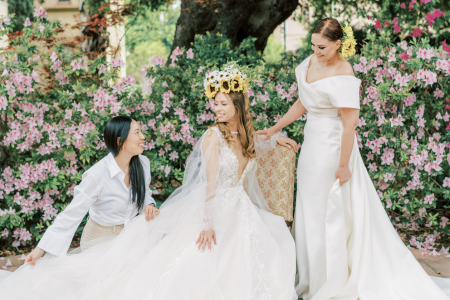